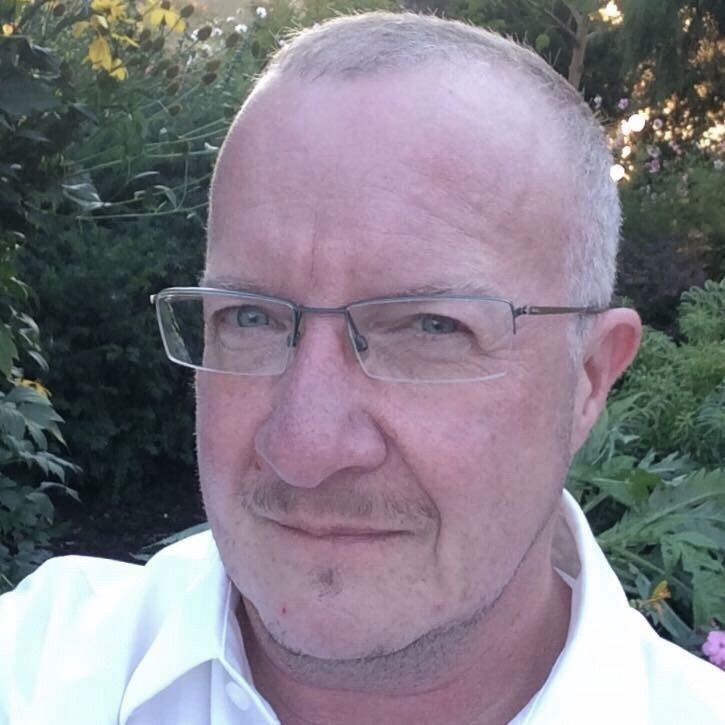 Unlike many other transgender people, I didn’t grow up knowing that I was born in the wrong body.  Mind you, I always felt awkward and uncomfortable in dresses and didn’t like playing with girl’s toys, but my parents just thought I was a tomboy and shrugged it off.  It also didn’t help that I was brought up during a time with little or no knowledge of gender and sexuality issues.

During my early teens, I realized I was romantically attracted to girls, and luckily with the acceptance of my parents, I felt relatively free to date who I wanted.  Then in my 20’s, I met a woman who would become my legal wife.  We were one of the first couples to marry under the Province of BC (Canada’s) progressive same sex-marriage law.  Although we remained together for over 20 years, the marriage ended and we were required to seek a legal divorce.

Up to that point, I felt comfortable living as a lesbian, but still had no inkling that I may have been dealing with gender issues.  During this time I was aware that the gay community also comprised of people who transitioned from male to female, but I had never met anyone who’d transitioned from female to male.

My work as a radio journalist predisposes me to online research.  A few years ago I began reading up on health interventions and surgeries related to those transitioning from female to male.  At the time I convinced myself it was simply curiosity that led to this and my need for a better understanding of the trans community, for which I shared the LGBT umbrella. It still took a few years before I realized it was something deeper and more personal.

In 2011 at the age of 53, I began my quest of self-discovery.  Ongoing depression and unhappiness continued to dog me and a local counsellor with whom I shared my wish to transition recommended a local doctor who could prescribe hormones.  Although there was some initial hesitation, I immediately felt relief that I was finally doing something.  The following year I began hormone treatment with a regimen of bi-weekly testosterone shots.  It was several months before I began to see any physical changes.  However, I felt an overwhelming sense of calm.  I am not sure if this was a direct result of the hormone therapy, or the fact that I was finally becoming my true self and taking initiative over my future happiness.

In the end, this was a move I needed to make.  Luckily, I had the support of family, friends and co-workers, and found comradeship through a local group of trans males and online through a Facebook page for trans men over the age of 40. These groups have been vital to my continued growth and security in becoming who I am.

To date, I have been on hormones for five years.  Physical changes include growth of facial hair, loss of hair on my head (male pattern baldness), deepening of my voice and more muscle bulk.  I have had a complete mastectomy and chest masculinization, hysterectomy and am undergoing a three-stage surgical procedure, phalloplasty (bottom surgery) in Montreal.

Many have spoken about a defining moment that enabled them to step forward and become their true, authentic self.  Mine was more of an epiphany.

I had been playing ball hockey with some guys at work and because I was the token female, I was placed in net. I had played baseball and other sports before with male colleagues, but this was the first time I’d put on shoulder and knee pads and held a hockey stick. Crouching down in front of the goal, it was like a bolt of lightning had sliced through my body. I felt light, powerful and agile. It was a feeling I’d never before experienced. Something was reaching out and was desperately trying to make its presence known.

In hindsight, that presence was the person I’d tamped down for so many years–the boy, the man I I’d kept hidden from even myself.  I became painfully aware that this was who I’d been all along, and that I’d been hiding behind a disguise. It was as if I’d taken off that heavy mask when I shed the equipment following the game that day.  I knew I needed to act.

In the ensuing weeks and months, I was able to find a doctor who placed me on male hormones and much later, we discussed surgical options that were available at the time.  Some, but not all transgender people opt for surgical interventions. However, for me, surgery was instrumental in me being able to live as my true self.  Once the hormones kicked in, I was finally able to recognize the person staring back at me in the mirror, and I really liked what I saw.

Recently, I had dinner with some former work colleagues who I hadn’t seen in over 30 years. They knew of my transition and were supportive and respectful, seeing the major changes in my personal presentation as favourable.  In fact, one even commented on how much better he liked James over my old self.  He said he’d found my former self very closed off and reserved.  Both complemented me on my more open and happy demeanor.

With all the changes, I feel so much more centered and confident.  I take pleasure in the small things.  While I may spend less time in the bathroom fussing over the hair I used to have and putting on make-up, I now take great pleasure in the male tradition of shaving my face.  As a child I used to watch my father lathering his face in front of a steamed up bathroom mirror, knowing  I would never be able to do that when I grew up. I am now making up for lost time.

It hasn’t been an easy ride to get to where I am.  Although trans rights and issues are becoming more prominent, programs, services and healthcare for the trans community are sadly lacking.  Trans people can still be kicked out of housing and many are not being hired because of their gender status. Sadly, trans women are being murdered in shocking numbers. Personally, I have faced barriers to health care that would enable me to become who I truly am. However, I am grateful with the progress being made in many areas, including surgeries and general understanding of gender.

I can say at this point in my life, at the age of 58, I have never been happier and I look forward to the future.